The WPD International Poster Competition in 2014 created a great deal of interest and excitement from elementary and primary schools from around the World. Entries were received from the United Kingdom, Scotland, Canada,Jamaica, Trinidad and Tobago and the USA. The USA was particularly well represented with schools from the states from California, Nevada, New York, New Jersey and Ohio submitting posters.

The quality of all of the entries made the judging a challenge,however under the guidance of WPC Director Richard Prospal all entries were assessed, with the best 25 being selected to be reviewed and voted on by the American Society of Sanitary Engineers at their mid-year meeting held in Cleveland, Ohio.

Over a two day period close to 50 ballots were cast by meeting delegates who had been asked to choose the top three posters out of the 25 selected, and to rank them first,second and third.The results were announced with the Caribbean countries of Jamaica and Trinidad sweeping the pool and achieving a great coup for this magical area of palm trees, white sandy beaches, turquoise water and sunshine. In fact, despite the strong competition from around the world, all three winners came from these two Caribbean countries. 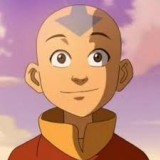