A successful “Making History Together” conference was held June 25-27, 2017 in Ottawa Ontario in conjunction with the 150th Anniversary of Confederation with more than 280 Delegates and Companions from across North America in attendance.

The event provided attendees the opportunity to engage with a powerful roster of speakers on a variety of informative topics. The concepts and new approaches behind these topics were instrumental in helping to illuminate this conference theme.

The conference was kicked off by Deputy Mayor of Ottawa Mark Taylor who greeted Delegates and Companions on behalf of the city. This was followed by renowned explorer, adventurer and wildlife photographer Michelle Valberg who spoke on “Making History Together – The Power of Celebration through the Lens”. Michelle was followed by Roger Greenberg, a second generation co-owner of the Minto Group who presented “Succession Planning in a Family Business – One Perspective”. Roger was followed by the former Minister of Foreign Affairs John Baird who delivered a discussion on the current Canadian political landscape.

The 2nd day of speakers featured former Ambassador to the United States Derek Burney who spoke on “Canada in the World of Trump”. Derek was followed by Senator Donald Plett who addressed the importance of government and industry partnership through his presentation “The Power of Collaboration”. The keynote speaker was former Governor General Adrienne Clarkson who spoke on “Making History Together: Building a Stronger Canada”.

The Conference also featured NRCan’s Director General of the Office of Energy Efficiency Patricia Fuller who provided an overview of government priorities for clean growth and climate change in Canada’s building sector at the annual Hydronics Luncheon in her presentation “Building Practical Regulations”. 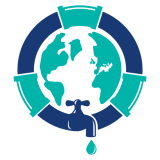